The Russian national team libero #18-Alexey Verbov and #6-Alexey Kuleshov are on Iskra. I see both teams have Mizuno uniforms. I wonder if all teams in this league are wearing Mizuno?

Set One
Early on, Stanley starts with 3 hard serves followed by Giba returning three hard serves. Stanley and Ball hook up on the right side often. Initially, Stanley looks unstoppable with a mix of line, cross, splitting the blockers or just plain tooling. Giba, too, is unstoppable from both the front row and the pipe set. Iskra Odintsovo wins first set 25-21.

I notice fans have oval wooden paddles with a strap they use for clapping and there are a fair number of troops dressed in fatigues in the stands.

Set Two
Dynamo Kazan goes ahead 19-15 but loses 5 straight points on a combination of hitting errors and getting stuffed. After trading points, Giba serves into the net. By looking at his face, the Iskra Odintsovo coach was not happy! Stanley is serving for Dynamo Kazan but he hits it long making it 22-21 Iskra Odintsovo. The next serve Giba receives it short, backs up and takes a pipe set. Giba’s attack is over passed back over the net after a soft block. Iskra Odintsovo sets a quick middle after the overpass but the middle hits it out wide.

At 23 all and after a short rally, Stanley blasts from the backrow right side but is dug. The dig flies out past the end and side lines but the Iskra libero Alexey Verbov pursued the ball all the way into the Dynamo Kazan bench. Iskra returned a free ball. The free ball was again set by Ball to Stanley on the right side but he was stuffed straight down. 24-23 Iskra Odintsovo. It was tied back up at 24 but two quick points gave Iskra Odintsovo the victory 26-24 putting them up two sets to none.

General Observations
Ball doesn't seem to set the middles very often even on good serve receive. The Dynamo Kazan middle Andrey Egorchev (#14) is tall, has a big frame but is a little slow. Perhaps that is the reason he doesn't get set. The Iskra Odintsovo coach reminds me of Bill Murray, the actor, especially when he makes his funny faces reacting to plays. Russian telecasts do a great job of catching the facial expressions of the players and coaches. They then include these expressions in their time out video highlight medleys.

I wonder how they communicate on these teams? I guess players like Ball and Stanley have picked up enough Russian to get by. I am guessing Rooney (playing on Dinamo-Yantar) as a rookie in Russia, might find it more difficult. Of course, you could put up with the difficult communications for the money they pay! I suppose they have players & coaches that can assist in the translation. There are also many signals and gestures that are common throughout the world, such as out, no touch, touch, the look of frustration....

Set Three
In the third set, Iskra Odintsovo goes ahead early but Dynamo Kazan attempts a comeback with a 4 point run. However, Iskra Odintsovo continues to maintain a 2-3 point lead for the middle point of the match. In one play, Ball backsets Stanley for a Dynamo Kazan BR right side. Stanley slams it home straight down the line. I noticed Stanley looking through the net with a big smile just after the play. I wasn't sure what he was smiling at until I saw the replay. The Iskra Odintsovo libero had read cross and ran from the line to the middle of the court leaving the line shot wide open. As I stated before, the Iskra Odintsovo libero 18 - Alexey Verbov is very animated and must have been the reason for the smile. I guess Iskra Odintsovo got the last smile as they stuff blocked Stanley on the very next play.

Late in the 3rd set they pull Ball and Stanley (after Stanley missed his serve) and replaced them with another setter Pavel Zaytsev (#2) and a different opposite. Iskra Odintsovo won 25-22 anyway. 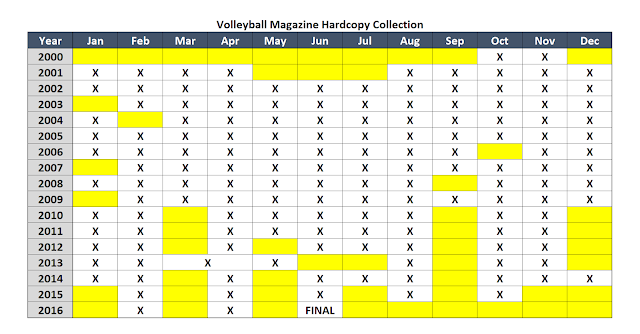